For over thirty years he is performing concerts with the classical guitar and original instruments of the first 800. He performed at Carnegie Hall (1991-1992), American Institute of Guitar in New York, State University at Stony Brook, Julliard School, Museum of Musical Instruments in Milan, Kuala Lumpur, on invitation of the Italian Embassy in Malaysia, in Madrid for the Festival Andrés Segovia, Mittenwald (Germany) for the Instrument Making School, in Bisceglie for the Mauro Giuliani Festival, in Rome's Basilica of St. Maria degli Angeli, at Teatro Due, at Teatro Ghione, at the Teatro della Valle, in the monumental hall of Casanatense Library, the National Museum of Musical Instruments ... etc.

He has taught classical guitar at the Conservatory "Vincenzo Bellini", of Trapani.

It was a lecturer at the Conservatory "Cesare Pollini" of Padova, for the course about "Performance practice and repertoire of guitar music 800" as part of the Academic Diploma Level II.

As President of the Rosso Rossini Ass., has created "Incontri con i Maestri" Master of Advanced, and gave life to the exhibition "Liuteria in Concerto" with the participation of renowned luthiers, such as L. Frignani, F. Ragghianti, F. Zontini, C. Perrella, C. Ricca, F.lli Lodi, A. Raponi, L. De Gregorio, M. D'Annibale, J. Giussani, A. Scandurra ...

He is Artistic Director of the Guitar Festival "I Colori della Musica", and of the National Competition "Città di Celano."

In collaboration with the Library Casanatense of Rome he is carrying out the review of manuscripts by Niccolò Paganini, publishing premiered the Six Sonatas Op.8 M.S.134 and the Six Sonatas by Third M.S. 133 with the Publisher Erom (performed during the "White Night 2007" in Rome and  exclusively transmitted by RomaUno-TV).

Several composers has dedicated their works, published by the Publishing House EROM, to him, among which Luciano Bellini "Transparency" for guitar and strings, premiered as part of the XXII International Festival Andrés Segovia in Madrid at the Chapel of El Pardo Royal Palace, Carlo Domeniconi the "Three Preludes", by Carlo Carfagna "Decoupages", whose for the first time  was performed at the Arts Academy in Rome.

He has recorded for RUSTY CLASSICA, PLAYGAME, NICCOLO ', ALFA MUSIC.

He has published with publishing houses ZANIBON, RUGGINENTI, NUOVA CARISCH, BERBEN and EROM, Edizioni Romana Musica of which is the editorial director. 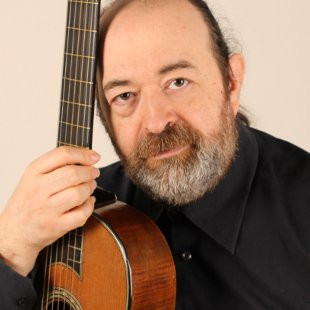