Born and raised in the cosmopolitan climate of Beirut in the sixties and seventies, Rabih Abou-Khalil learned to play the oud, the Arabian short - necked lute, at the age of four. In the Arab world this instrument is as popular as the guitar or the piano in the  West and is the composer’s instrument par excellence. The Lebanese civil war forced  him to leave his country in 1978 to study classical flute in the German city of Munich, where he was tutored at the Munich Academy of Music by Walther Theurer. The analytical preoccupation with the European classical tradition enabled him to grasp Arabic music from a further, theoretical position, opening his eyes to the possibility of operating simultaneously within musically divergent systems. Rabih Abou-Khalil has asserted himself as an original composer, not just because he is ahead of his time – but because he also questions what others might pursue without further reflection. With his original composing technique, his unconstrained, daring approach to classical Western and Arabic music, he has found a rhythmically and melodically complex musical language entirely his own, sounding simultaneously strange and yet familiar. It seems to break with almost every existing musical idiom. As an instrumentalist, Abou-Khalil continuously explores new ways of playing his instrument. Using techniques acquired in his classical music studies and assimilating them into his Arabic musical upbringing, he reached a level of instrumental mastery hitherto unknown. His dazzling virtuosity has led music critics to recommend his playing as a “study for jazz guitarists”; his ballads, on the other hand, rekindle memories of the poetic dawn of Arabian culture, without ever sounding unadventurous or traditionalistic. Unwilling to make artistic compromises, Rabih Abou-Khalil decided early in his career to produce and release his music himself. He has always given all aspects of his work his personal signature. Whether it was the cover design, the sound quality of the recording, or the often literary liner notes, Abou-Khalil was part of every stage of the production. This has not changed until today and has been a central element in his long lasting collaboration with his record company ENJA. In 1982 Abou-Khalil recorded and produced his first album “Compositions and Improvisations”, followed by “Bitter Harvest” and then “Between Dusk and Dawn”, which included an international cast of highly acclaimed musicians. The unexpected commercial success of these productions caught the interest of record companies. Abou-Khalil recorded “Nafas” for the German record label ECM, and soon after started his long time cooperation with ENJA. The award winning “Al-Jadida”, with its elaborate cover and uncompromising musicality with was the first CD for this label. A number of ground breaking and award winning albums followed, like the adventurous album “Blue Camel”, the more traditional sounding album “Tarab”, and “Arabian Waltz” with the Balanescu String Quartet, totaling to date more than 20 CDs. What superficially appears to be a chance encounter between opposing instruments and a seemingly antagonistic clash of talents from different musical worlds is in fact the result of a well pondered upon concept. Under Abou-Khalil‘s guidance these undeniable differences by no means descend into Babylonian confusion. On the contrary, the cosmopolitan musicians from different cultural backgrounds draw inspiration from their shared intuitive understanding of the serious challenge they face in interpreting Abou-Khalil’s music. The intellectual and emotional identification with these compositions unleashes charges of enthusiasm in each of the players, inciting new heights of musical mastery. Yet the temptation of individual one - upmanship never surpasses the collective innovative endeavor and exploration into uncharted terrain. Abou-Khalil’s highly varied works – all nonetheless derived from this very elixir – now stand in their own right, extending so far beyond convention that they somehow elude all categorization such as Orient or Occident, jazz, world music or classical. Abou-Khalil’s music thrives on creative encounters and not on exoticism. From a combination of diverse cultural elements something very personal and coherent emerges. Commissioned by the Südwestfunk (Southwest German Radio), Abou-Khalil wrote two compositions for string quartet in his own rhythmically and melodically charged style and thus successfully integrated the string quartet – for centuries the domain of European classical music – into his musical language. The maiden performance with the Kronos String Quartet was the highlight at the Stuttgart Jazz Summit in 1992. For the BBC Concert Orchestra, Abou Khalil composed works that premiered with great success in London and Chichester. The rehearsals and performances were featured in “Bridging the Gap”, a film on Rabih Abou-Khalil, directed by Ciro Capellari. On another project for the German city of Duisburg he chose to collaborate with the Ensemble Modern, one of the most renowned chamber orchestras specializing in contemporary music. His enthusiasm for orchestral works continued; he composed for international orchestras from Osnabrück in Germany, to St. Pölten in Austria, to Skopje in Macedonia, to Yoyo Ma’s Silk Road Ensemble in the United States. Abou-Khalil’s visually evocative music seems predestined for film. Among several other film scores he wrote the music for the award winning German - Turkish film “Yara”, directed by Yilmaz Arslan. In 2009 he was commissioned by theGerman television “ZDF” and “ARTE” to write orchestral music for the 1922 silent German film “Nathan the Wise”. The impressive screenings, with live performances by the German Youth Symphony Orchestra in Munich and Berlin, were met with standing ovations and rapturous reviews, and resulted in the production of the CD “Trouble in Jerusalem”. Dietmar Wiesner, the flute player and co-founder of the Ensemble Modern, summed up his impressions from the rehearsals: “While working with Rabih Abou-Khalil, I was starkly reminded of a saying by Herbert von Karajan: ‘Do not play the bars along with the music, play across the measures’.” “Unbelievably fine, irregular rhythms, masterfully formed into melodic chains that remain in a floating condition, never seeming to land, and thus reaching a high level of charm that relentlessly pulls the listener into its magic.” 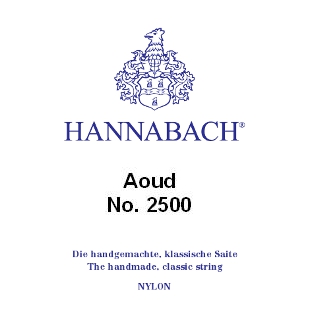 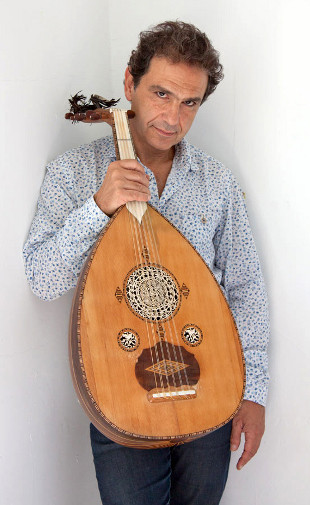